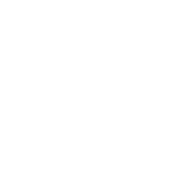 A little bit of history…

The Château de Chenonceau, which is also called the Ladies’ Château, is one of the wonderful Châteaux de la Loire. The Renaissance castle which goes across the river was built after a former fortified castle and mill were demolished in the 16th cy. It has since been finely decorated by the women who lived there. 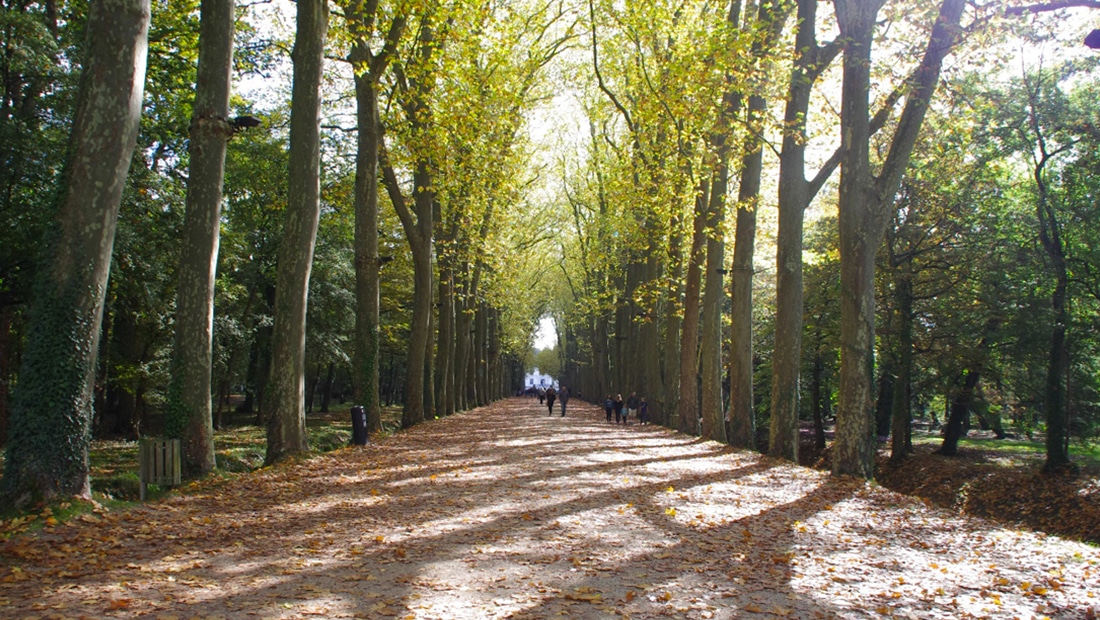 It all started with Diane de Poitiers in the 16th when she was given the château, and it has remained in the hands of women until today.

As she was Henri II’s favourite, Diane de Poitiers was given Chenonceau in 1547. She is responsible for the spectacular architecture of the château as she built the now famous, but then atypical, bridge over the river Cher and then added spectacular, modern gardens.

When Henri II died, Catherine de Medici removed Diane de Poitiers from Chenonceau. She designed new gardens and pursued Diane’s architectural works by raising the height of the gallery above the river. She ruled France from the Green Study and restored her authority. Chenonceau was then the symbol of Italian sumptuousness.
Louise de Lorraine decided to mourn Henri III in Chenonceau at the end of the 17th cy, she spent her days reading, praying, or doing charity work and was forgotten by all. 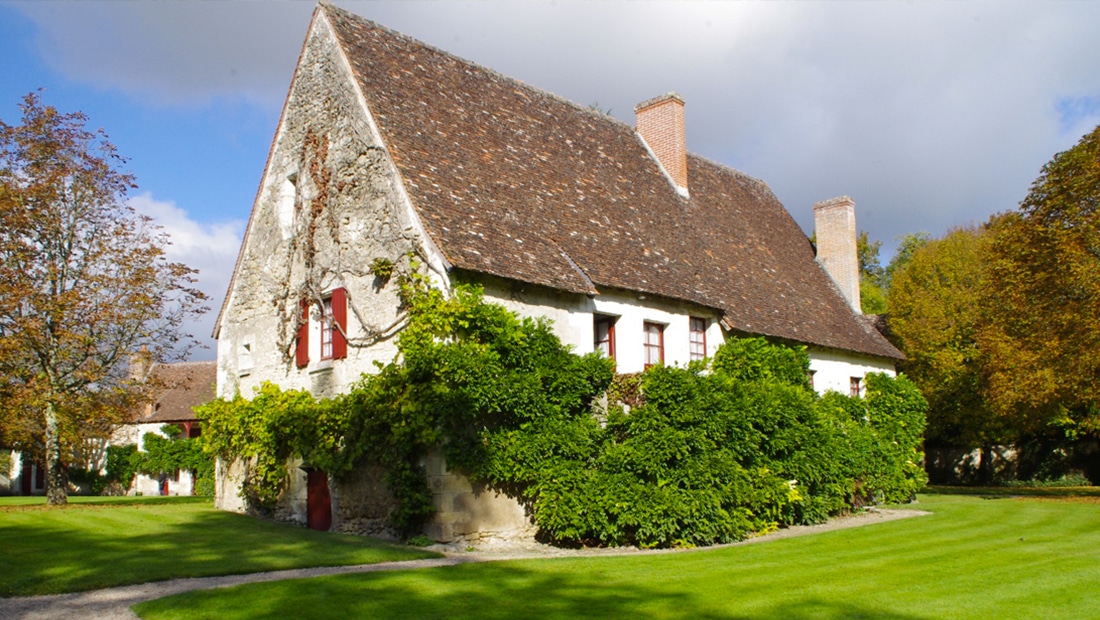 But Louise Dupin revived the colours of the Château because she turned it into a salon where poets, writers, scientists, or philosophers such as Rousseau and Voltaire would gather. She was the embodiment of Enlightenment in the 18th cy and even preserved Chenonceau from being demolished during the French Revolution. In fact, she used to get on well with the villagers and decided, in order to please them, to remove the final X in Chenonceau to distinguish the village from the Château. This is what may have saved the château during the Revolution.

At this point in history, Chenonceau was at his peak, but it soon fell back into darkness when Marguerite Pelouze faced bankruptcy. She had started restoring the château as it was when it was occupied by Diane de Poitiers but it was very expensive. Chenonceau then fell into the hands of many successive owners until the first World War.

During WWI, the Menier family, who owned Chenonceau, turned the gallery into a military hospital. Simone Menier was the nurse in charge of the hospital, she took care of the numerous wounded soldiers during the war, away from the trenches.

Nowadays, Chenonceau is still private but welcomes visitors all year round. During your visit, you’ll see a chapel and its beautiful stained-glass windows, but also Diane de Poitiers’ and Catherine de Medici’s rooms, the two galleries, the kitchens and the green study from where Catherine de Medici governed France when Henri II died. There are many tapestries, paintings and sculptures in the château that are complimented by great lighting and the view over the River Cher and the majestic gardens. Chenonceau is renowned for the harmony that exists between nature and fine architecture; and the current owner knows how to showcase this beautiful harmony.

Gardens that stand out…

Come and admire the wonderful floral compositions which are arranged in every room of the château, but also go out and have a walk in Diane’s and Catherine’s gardens to enjoy the beauty of the flowerbeds. Take your time in the park, you’ll even go back to childhood in the maze or at the farm and enjoy the smell of the Vegetable and Flower garden. Did you know that there is a wine cellar inside the park of Chenonceau? 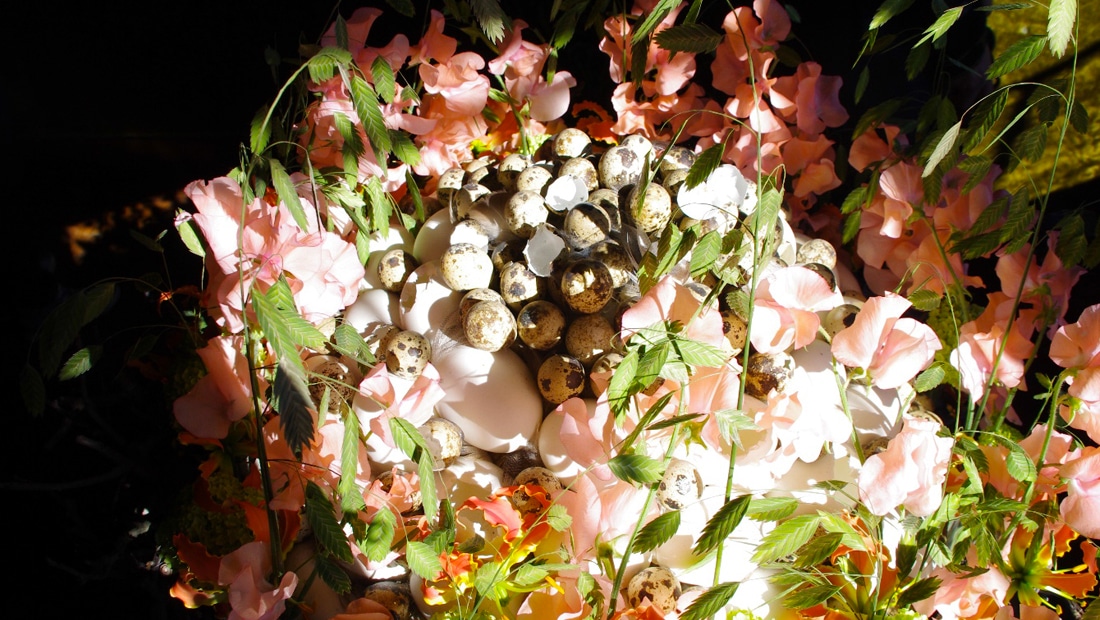 The château de Chenonceau has been part of the UNESCO World Heritage since 2017.

– Diane de Poitiers : 12 000m²
These geometrical gardens have remained unchanged since their creation by Diane de Poitiers. They are composed of two perpendicular and diagonal alleys that frame the flowerbeds. The garden is protected from floods by elevated terraces that go all around.

– Catherine de Medici : 5500m²
This garden revolves around a circular pond and 5 lawns that are bordered by flowerbeds. It is more intimate than Diane de Poitiers’ gardens and it complements the western façade of the château. Bernard Palissy later opened the view toward the Orangerie and the Green Garden.

– Green Garden :
This enclosed garden was designed din 1825 by Lord Seymour, it is an English-style park surrounded by large trees.

– The Maze : 1ha
The Italian maze covers 1ha of the park and opens on Jean Goujon’s monumental Caryatids that once decorated the façade of the château.

– The Vegetable and Floral Garden : 1ha
This garden is composed of twelve square plots where gardeners grow vegetables and flowers for the floral decoration of the château. There also are donkeys and other animals such as hens to entertains children!

– The 16th cy farm :
There are different buildings composing the 16th cy farm, from the Carriage Gallery to the Floral Workshop to Catherine de Medici’s stables.

– Garden in tribute to Russell Page :
This brand-new garden is a peaceful place to have a walk away from the crowd. It was designed after 4 drawings by British landscape gardener Russell Page, they specified the variety and colour of each flower as well as their spot for the realisation of the garden.

The ladies of the chateau

– Diane de Poitiers : 1499-1566
A member of a provincial family close to royal power, in 1515 she married Louis de Brézé, who was 40 years older and had to daughters from this marriage : Francoise and Louise de Brézé. She was lady in waiting to the Queen Claude and of Louise de Savoie ( mother of Francis 1er. When her husband died in 1531, Dianne de Poitiers decided to wear only mourning clothes. Eventually she managed her money by recovering the rights of her former husband. About 1538 Diane became the favourite of King Henri II, 20 years younger that she was, the son of Francois 1er and the husband of Catherine de Medicis. Aware of her power over the King, she received lany gifts and honours. Among the gifts she obtained the chateau of Chenonceau in 1547. By building the bridge she gave it its unique architecture. At the end of 1559 on the orders of Catherine de Medecis she exchanged it for the Chateau of Chaumont sur Loire. She died at the age of 66 at Anet.

– Catherine de Médicis : 1519-1589
Originating in Florence in Italy, with the death of the parents a few days after her birth, she became the sole heir of the fortune of the Medicis. She left Italy for France in 1553 at the request of Francois 1er who wanted to marry her to his younger son, the Duke of Orleans. Thus she became Dauphine and Duchess of Bretagne in 1536 by her marriage to Henri II, and then Queen of France in 1547. Mother of ten children, including Francis II, Charles IX, Henry III, Elizabeth and Marguerite, she governed the country from the death of the young Francois II from 1560 to 1563, while waiting for his son Charles IX to come of age and become King. She remains a personage involved in the religious wars between Catholics and Protestants. After having exchanged Chenonceau for Chaumont-sur-Loire, she gave the chateau a new form by improving the gardens and building the gallery on the bridge over the Loire.

– Louise de Lorraine : 1553-1601
A cousin of the Duke Charles III of Lorraine and of the Guise, she married Henri III in 1575 and became Queen of France. She has the reputation of having been beautiful, gentle and virtuous. Her husband was assassinated in 1589 by Jacques Clément. She wore mourning in white according to the custom of the court, and became known as the White Queen. She lived for 11 years at Chenonceau, which she inherited from Catherine de Medicis, her Mother in Law. Her bedroom, painted in black, shows her mourning, On her death in 1601, all her goods were sold to pay her debts or were given away. Chenonceau was never again the home of anyone royal after her death.

– Louise Dupin : 1706-1799
As beautiful as she was intelligent, Louis Dupin born Louise de Fontaine, made her mark on the Century of Enlightenment. Married at 16 to Claude Lupin, who was 20 years older, they led an easy life thanks to their fortune in property. In 1733, the Dupins bought Chenonceau from the Duke of Bourbon. Very attached to the chateau, she protected it during the Revolution. Coming from a family of artists, she set up a small theatre in one of the rooms of the chateau of Chenonceau. Moreover, several members of her family belonged to the Comédie Française. She was a feminist who fought for women to have access to education and public employment. Louise Dupin died on 20 November 1799 at the age of 93. Her grave is on the left bank of the Cher, in the forest of the chateau of Chenonceau.

– Marguerite Pelouze : 1836-1902
Born Marguerite Wilson in a rich family of British origin, she married Eugene Pelouze, a chemical engineer in 1857. In 1864 she bought the Chateau of Chenonceau. For nearly 10 years she restored the chateau to what it had been in 16th century, and got rid of many of the modifications made by Catherine de Medicis. In 1869 Eugene Pelouze asked for divorce because he doubted the fidelity of his wife. In 1879 the young pianist Debussy came to spend the summer at Chenonceau as part of the chamber orchestra. In 1888 she was obliged to sell the chateau, which was bought by the Credit Foncier,and then later, by the industrialist Henri Mener, whose descendents are the present owners. She died in the Antibes at 66 years old.

– Simone Menier : 1881-1972
Born Simone Legrand, she married Georges Mener in 1903 in Paris. She became the duaghter-in –law of Gaston Mener, the owner of the château. She was the head nurse of the hospital installed at the expense of her father in law in 1914 in the Gallery of the Chateau of Chenonceau. Until 1918 she was busy caring for the wounded of the First World War. In the Second World War she was a member of the Resistance.

– Middle Ages
Stronghold and fortified mill belonging to the Marques family, of which there remains only a modified tower.
Thomas Bohier and his wife Katherine Briçonnet demolished the chateau and rebuilt itn,

– The Renaissance
François 1er
Diane de Poitiers had a bridge build over the Cher to access the other bank for hunting. Then when Catherine de Medicis recovered the Chateau she built a gallery of two floors on the bridge for balls and receptions,

– Modern times
Gaston Menier became the owner of the château in 1913 on the death of his brother Henri. From 1914 he offered to the Ministry of War to open the doors of the chateau to the wounded. He financed a temporary hospital with 120 beds and modified the rooms of the chateau for comfort and recreation.

The Château and its outbuildings

– Rooms
About twenty rooms of the château are open to visitors. From the Chapel to the ladies’ bedrooms, the Galerry Medicis and the saloon Francois Ier, and the kitchens. This well-furnished chateau has many rooms that differ one from the other. From flamboyant colours to a somewhat heavy décor, the history of Chenonceau will have no secrets from you.

– The 16th Century Farm
Next to the vegetable garden the farm includes the stables of Catherine de Medicis. Here also is the workshop of the two florists of the Chateau.

– Carriage house
In the stable of the 16th century farm, it has about ten French and English horse-drawn carriages. They were mainly used in the 19th Century

A château entrance ticket is required to access the restaurants.

L’Orangerie – Tea Room
This building originally housed orange and lemon trees in the winter and is now a gastronomic restaurant. It is open from mid-March to mid-November. You’ll be able to choose between 3 different menus proposed by Chef Christophe Canati and enjoy AOC Touraine-Chenonceaux wines in the Dômes Cellar.
The tea room is open from 3pm to 5pm.

Cafeteria
Enjoy a quick meal on the shady terrace or inside the restaurant.